It’s all over the web; virtualization and packaging bloggers are all offering their thoughts on the new changes to App-V in Microsoft’s latest beta 5.0.  For those not familiar with App-V or Microsoft Application Virtualization, there are definitely more resources on the web to learn about it than there were back when Microsoft first acquired the software from Softricity when it was known as Softgrid. For more basic information on what App-V does straight from the horse’s mouth go here.

If you want to play around with all the new App-V software without having to download and install it all yourself you can visit Microsoft’s Virtual Lab. It’s not without its bugs and sometimes the screen resolution on the remote machine can be annoying.

Here is idea of how the new App-V system communicates: 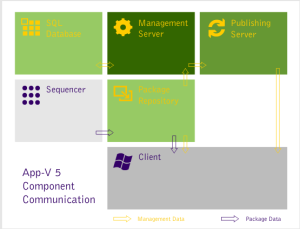 Screen Shots of the new parts of the App-V software bellow: 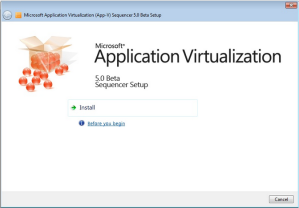 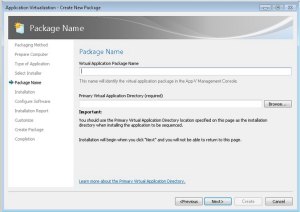 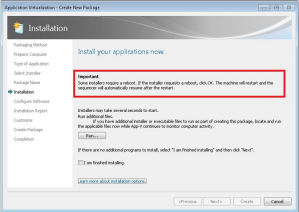 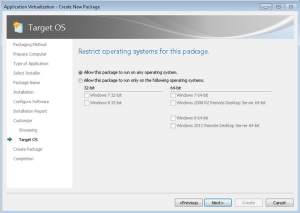 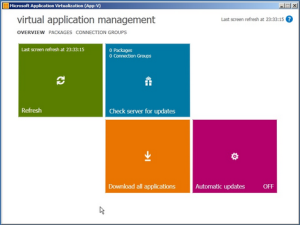 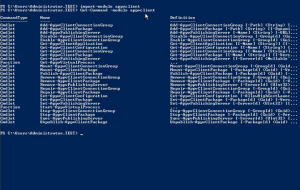 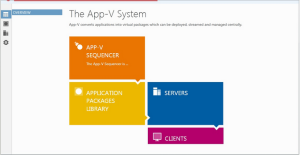 I’ve worked with App-V since the days of Softgrid and have always been interested how such technology will be able to make a serious impact not only on a corporate scale but in the private sector as well. With the new changes Microsoft is making to the virtualization technology I think we are heading into a new paradigm when it comes to application packaging. There are still limitations that will make traditional MSI packaging necessary, however the architecture level integration of App-V into the Windows OS will make virtualization very attractive. The security and management options presented by App-V are enough to make corporate IT managers excited. Although it is still in beta App-V 5.0 presents us with the leap forward Microsoft and virtualization technology really needed to not only be taken seriously but give our old concepts of application packaging and management a run for its money.